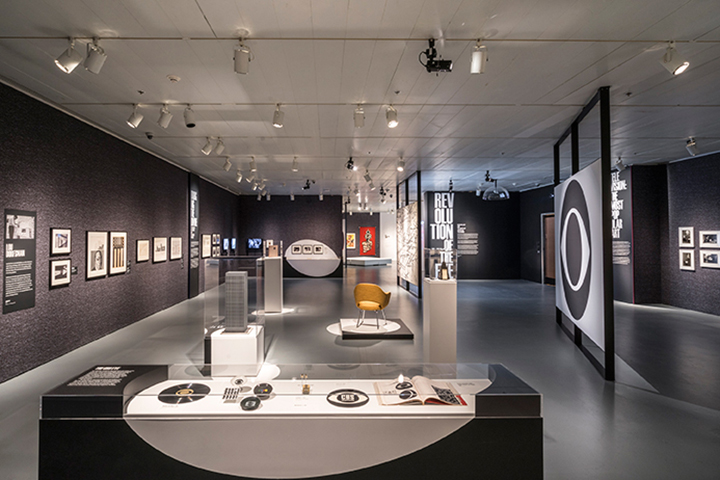 Revolution of the Eye: Modern Art and the Birth of American Television is the first exhibition to explore how avant-garde art influenced and shaped the look and content of network television in its formative years, from the late 1940s to the mid-1970s. During this period, the pioneers of American television—many of them young and aesthetically adventurous—had adopted modernism as a source of inspiration. Revolution of the Eye looks at how the dynamic new medium, in its risk-taking and aesthetic experimentation, paralleled and embraced cutting-edge art and design.

Revolution of the Eye–and this companion website-–examine television’s promotion of avant-garde ideals and aesthetics; its facility as a promotional platform for modern artists, designers, and critics; and its role as a committed patron of the work of modern artists and designers. It also identifies television as a medium whose relevance in contemporary culture was validated by the Museum of Modern Art’s historic Television Project (1952-55).

Go To Revolution of the Eye Online Exhibition

The online exhibition was organized by the Center for Art, Design, and Visual Culture, University of Maryland, Baltimore County and curated and designed by Dr. Maurice Berger.